Yelp wants to increase user engagement by appealing to travelers. How? By adding a feature to their app that allows users to create itineraries for their travels, as well as record their actual experiences.

*This was a group project at General Assembly delivered in 2 weeks.

We needed to learn a little more about Yelp. According to Yelp’s website, these are a few metrics as of June ’15: 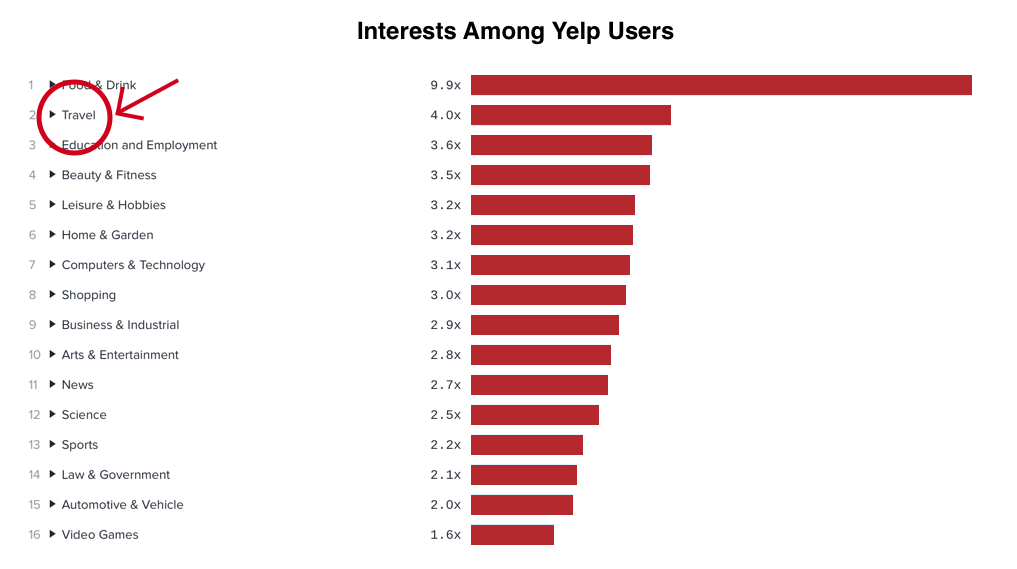 Interestingly, we found that the second highest interest among Yelp users at the time was travel; however, travel was the least reviewed catergory on Yelp. We couldn't help but realize this was a unique business opportunity. 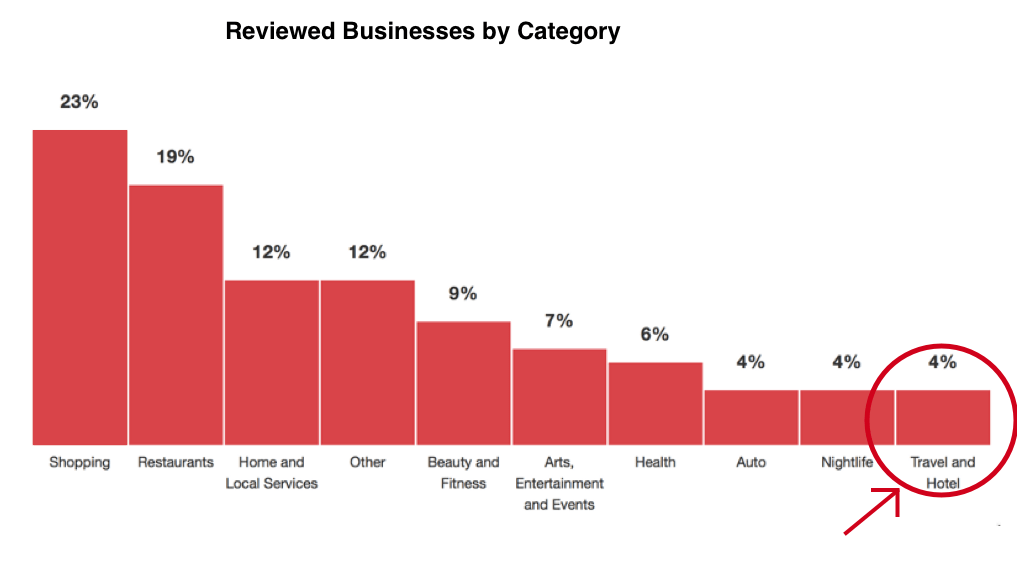 We recruited interview participants out of the list of survey respondents. As User Experience Designers, we made sure to consider the experience of our survey respondents in our request to interview by expressing gratitude for their participation and respectfully requesting their time for further research. This email was well received. 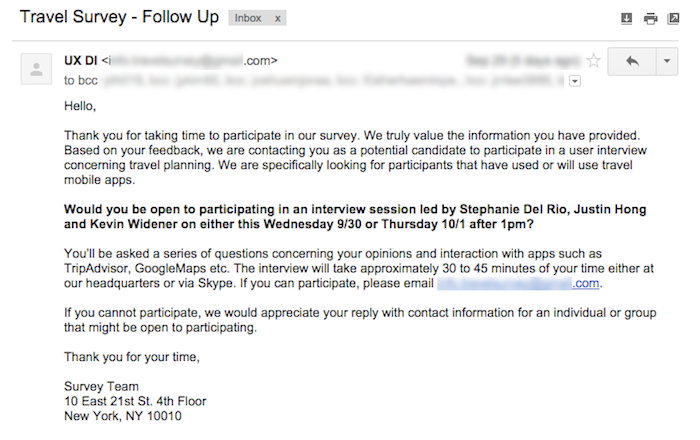 We conducted ten user interviews in which we were hoping to learn more about the context of their travel planning behavior, preferences, and any pain points they encounter.

Our team synthesized the qualitative findings using an affinity map in which we all had a view of each answer, were able to openly discuss findings and ultimately identify key user patterns.

Personas are fictitious characters created from qualitative user data to represent users and to tell their story (background, demographic, tech usage, behaviors, pain points etc.) From our data, we created 3 personas to represent our users. 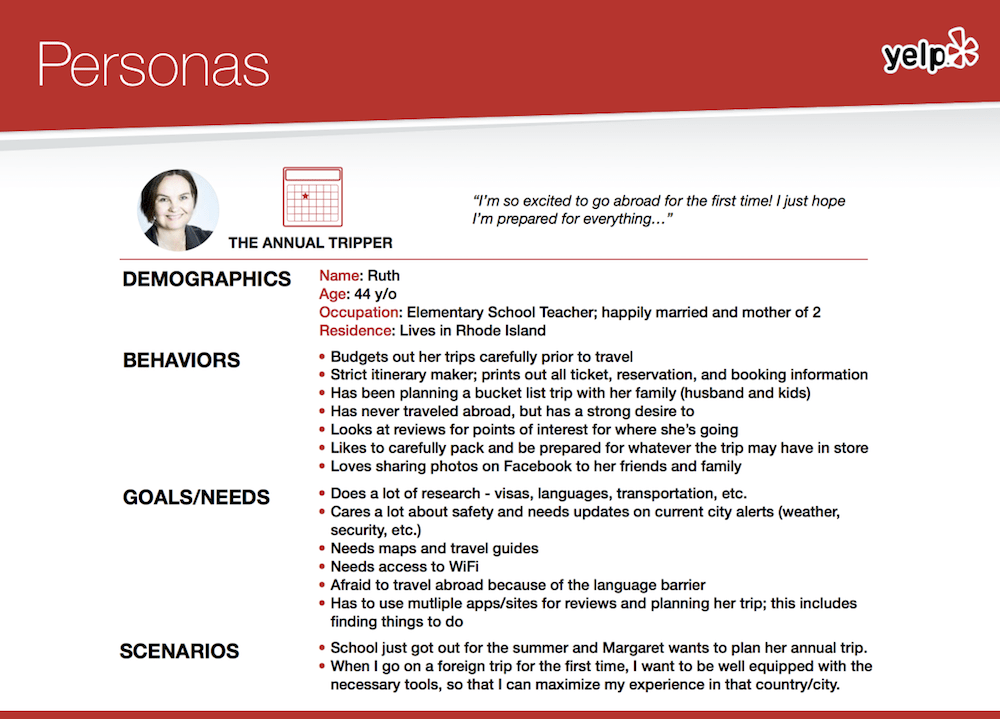 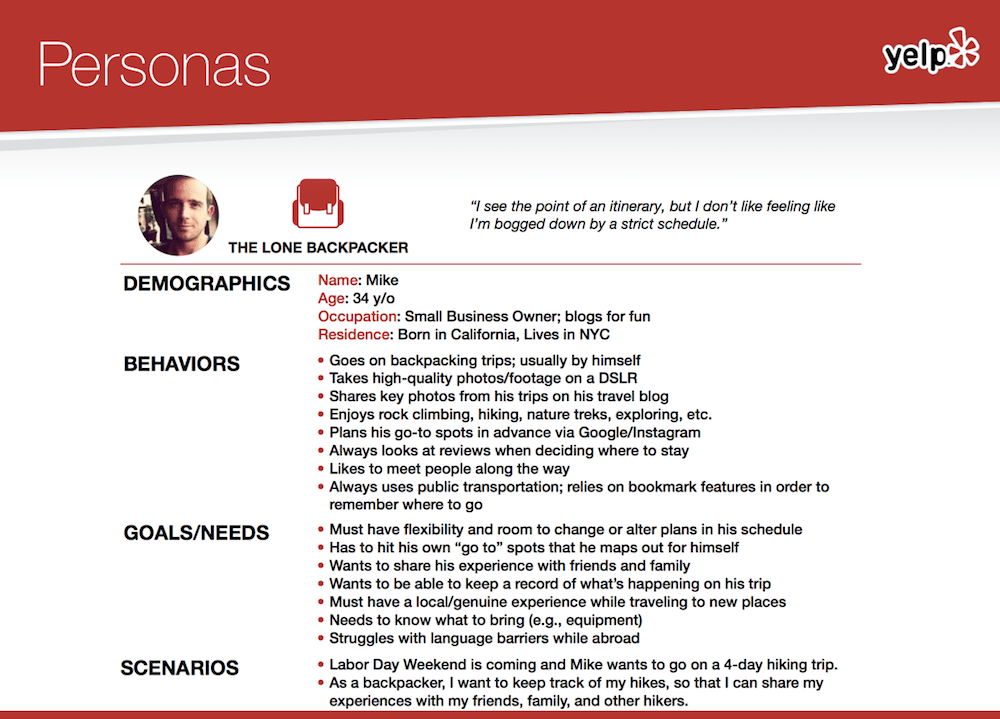 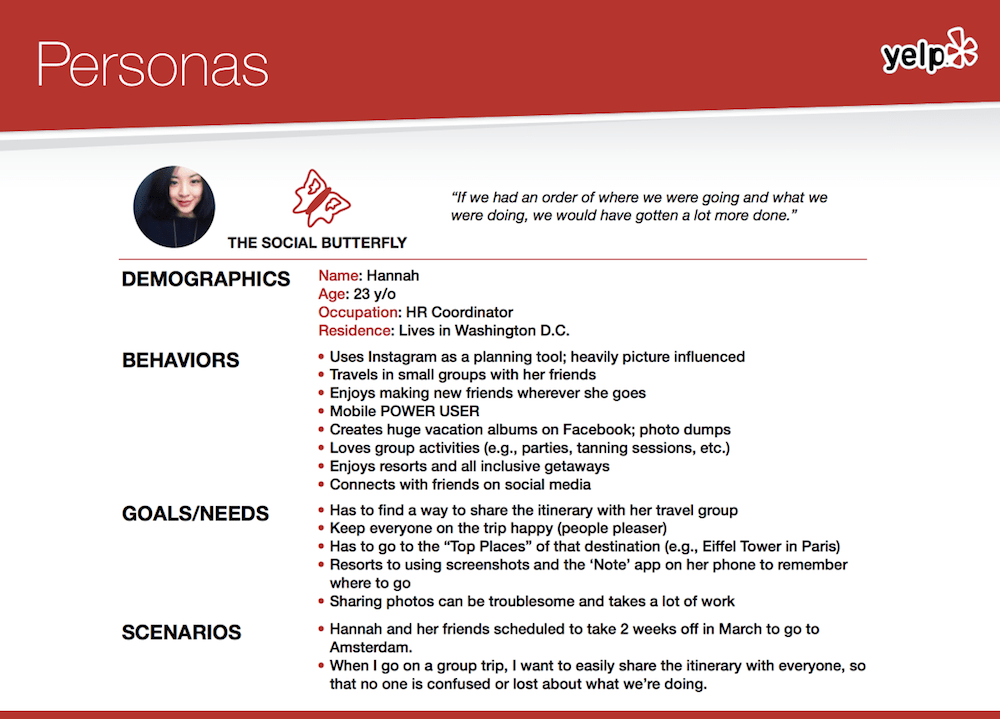 Because Yelp was stepping out of its core value proposition into travel, we let user interviews guide us in deciding who Yelp’s true competitors are in terms of adding a travel planning feature. We analyzed the below competitors and documented it in a feature analysis chart.

We needed to prioritize our features to make sure we provided the minimum viable solution for this problem. We had a short two weeks, so we couldn’t design every idea we had; but even if we did have the time, we shouldn’t design too many features. That could lead to the user feeling decision fatigue and ultimately hurt the user experience. So we mapped out our ideas from low effort v. high effort (x-axis) in relation to to what was essential v. nonessential (y-axis). 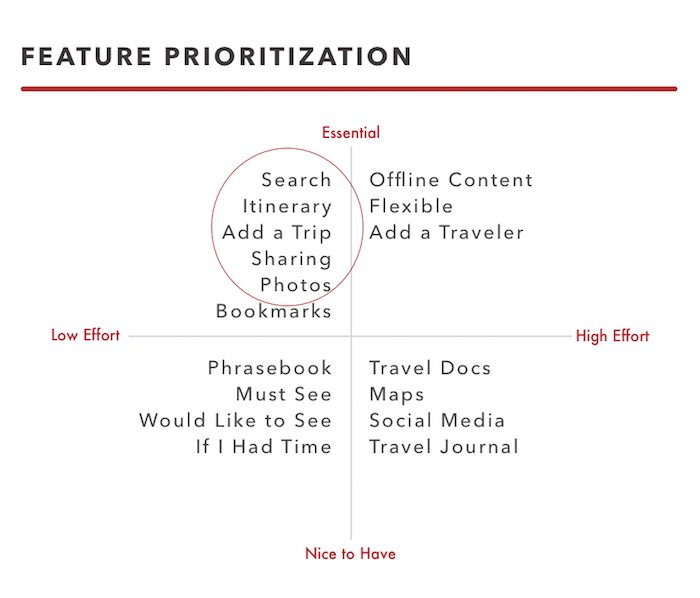 A user flow is a visual diagram of the user's intended path to complete the task to be designed. It consists of the number of clicks needed to complete the task as well as the pages landed on. The user flow served super helpful in ensuring we didn’t miss a screen in our design sprints. To save time, our user flows were done on a white board (not on sketch like the ones you see here), and iterated on as we tested. The four small ones are the iterations we went through as we gained user testing feedback. 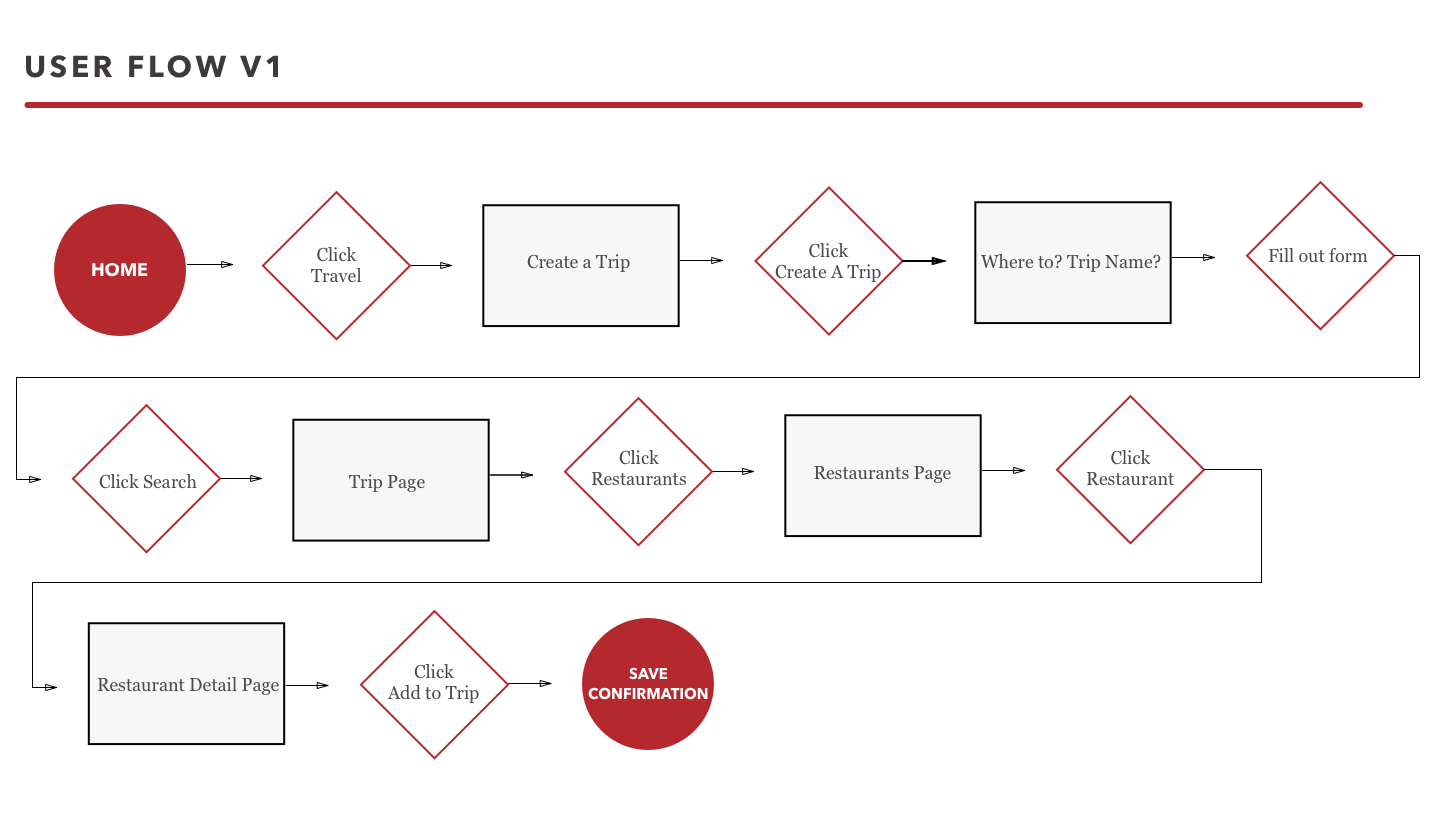 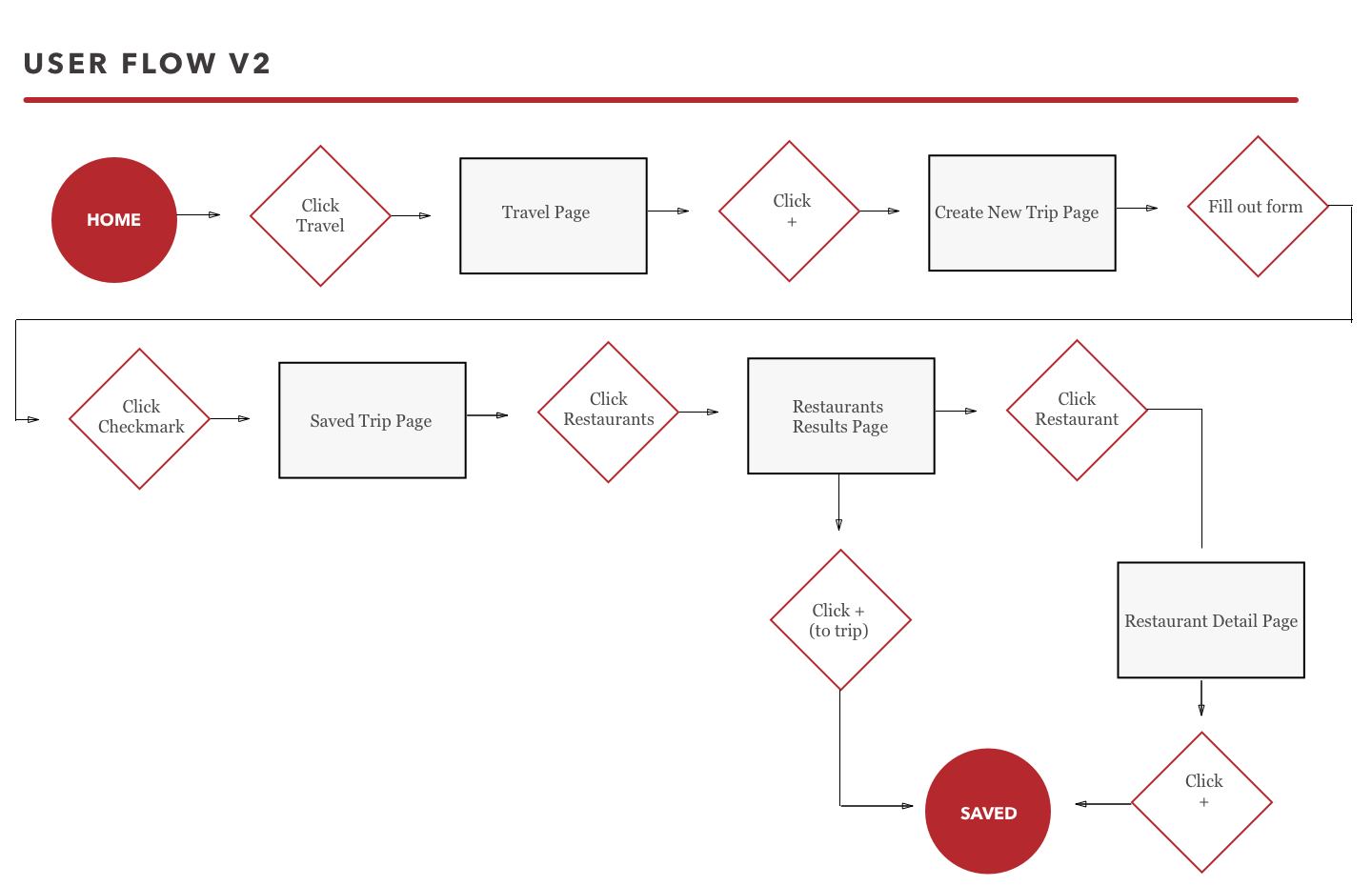 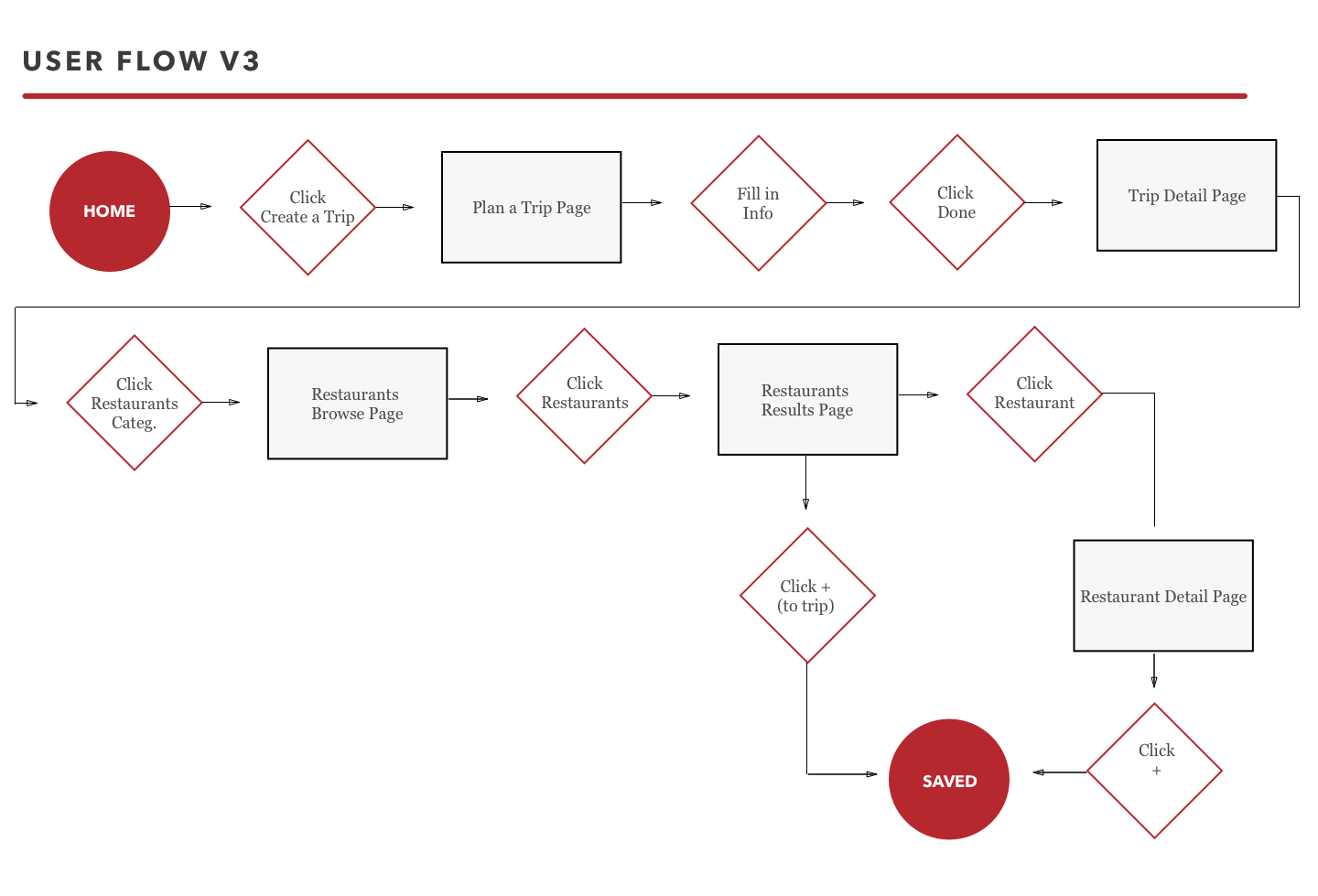 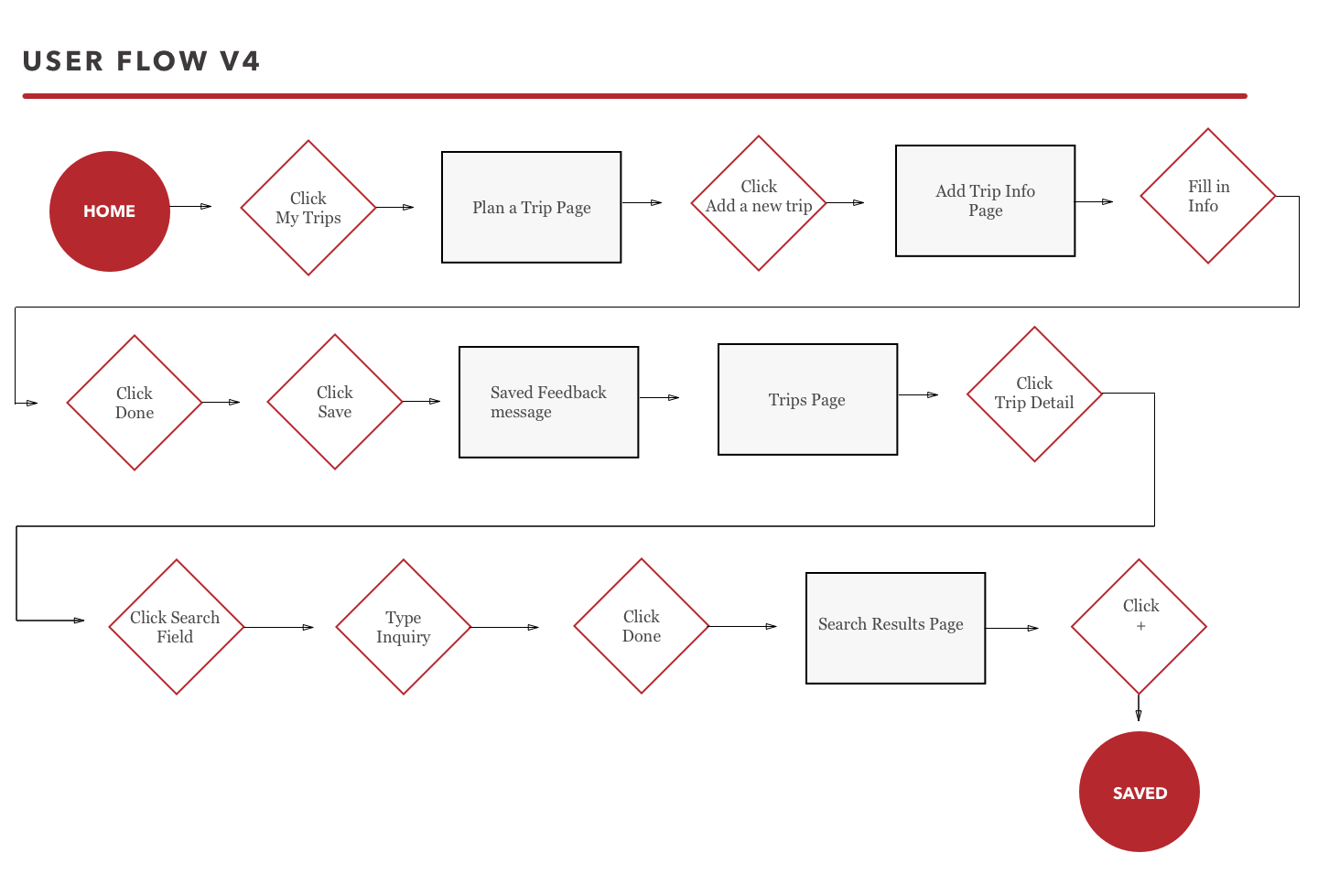 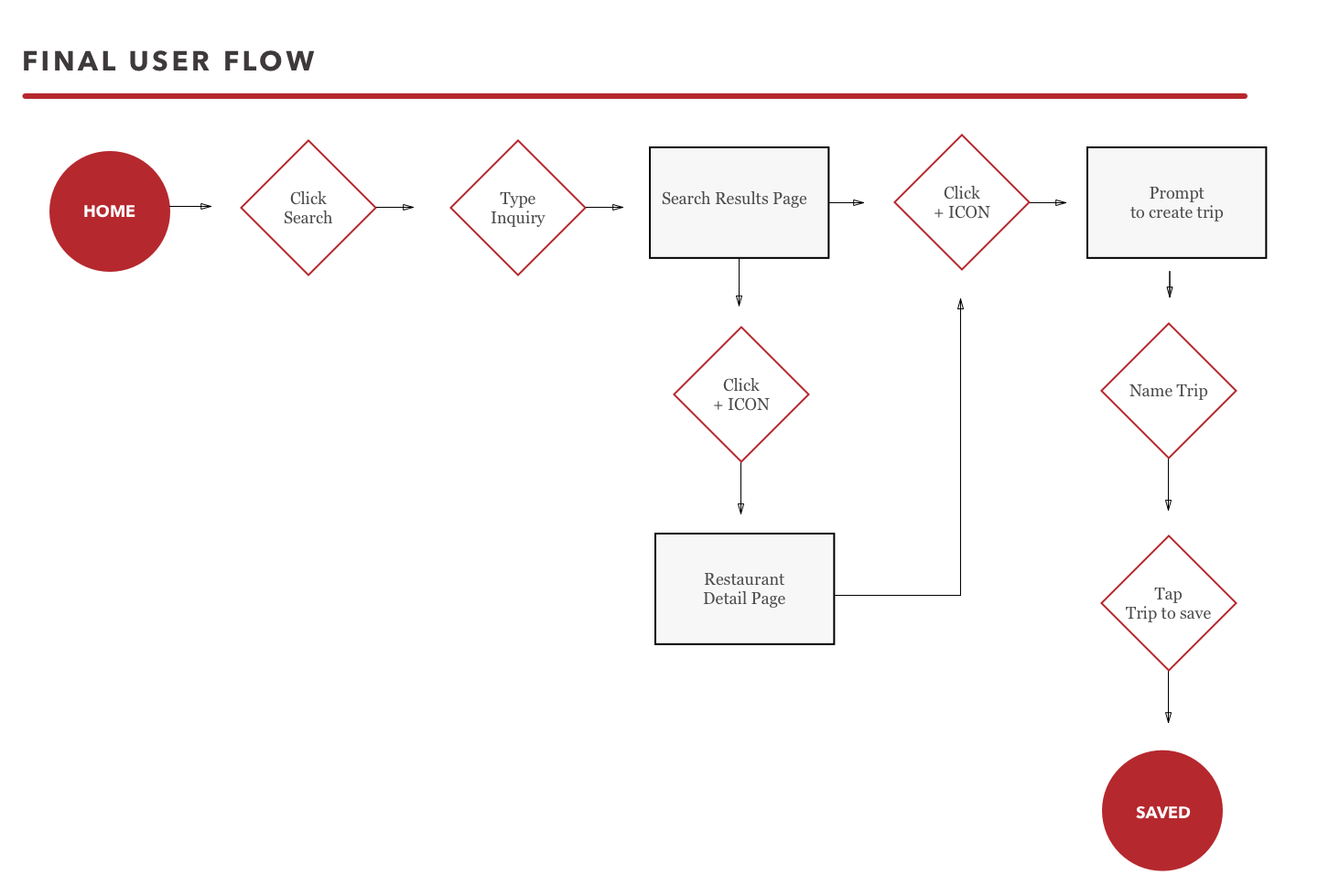 User testing showed they started from “Search” rather than my trips. So we focused our final iteration on that specific user flow.